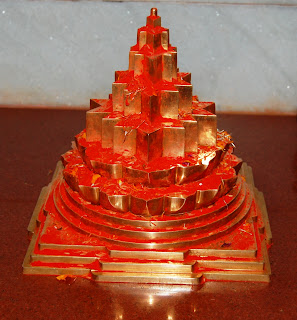 What is sacred geometry?

Sacred geometry is beyond religion and doctrine, yet many of its principles have been adopted by different religions in their architecture and art. Through the centuries, architects around the world have used certain geometric principles to build their temples, monuments and cathedrals—intended as symbolic models of the universe. Sacred geometry merges the physical, tangible aspects of creation with the spiritual essence behind them. It is the meeting of the seen and the unseen, the manifest and the unmanifest, the finite and the infinite, the mundane and the profound. Sacred geometry has played an integral role in the philosophy, architecture and art of numerous cultures since time began.

Why we need this?

Throughout the process of evolution, man has always found ways to guard and secure himself by using cosmic forces. History offers us infinite insights and instances of people who’ve employed these forces of nature to their advantage in the form of talismans, yantras and various other mystic charms as a sacred geometry

What is Shri Yantra?

The Sanskrit term Shri yantra originates from “yan” or “yam” meaning “medium” and “tra” meaning “instrument” or “tool”. Here Shri represents wealth and Yantra is an instrument, apparatus or an amulet endowed with protective powers, its ultimate purpose is to unite us with our higher selves. Shri Yantra holds supreme status among all mystic sciences and disciplines. Tantric gurus have collectively declared Shri yantra as the best medium for manifestation and wish fulfilment. The Shri Yantra is considered to be the tool for obtaining and fulfilling all worldly desires and for material manifestation.

The Shri Yantra is a mathematically precise design and based upon Golden Proportion or Phi ratio. Everything that exists in nature, is constructed in a proportionately precise manner and this proportion is called the Golden/Phi ratio. The Shri Yantra means “holy instrument” and can also be known as the Shri Chakra or “holy wheel”. It contains all form of sacred geometry/golden ratio, is mathematically precise and can also represent the union of the Divine Masculine and Feminine (The upward triangles meeting the downward triangles.

Staring at the central dot or ‘Bindu’ of the Shri Yantra is known and proven to create changes within the brain and the stimulation of the Pineal gland by focusing our attention on the ‘3rd eye’ area. The Pineal gland is a small endocrine gland in the brain. It produces melatonin, a serotonin derived hormone, which affects the modulation of sleep patterns in both seasonal and circadian rhythms. Its shape resembles a tiny pine cone (hence its name), and it is located in the epithalamus, near the centre of the brain, between the two hemispheres, tucked in a groove where the two halves of the thalamus join. The typical Shri Yantra with its central point (Bindu) and concentric circles of petals and other geometries are conceived of as a sacred dwelling in which the presiding deity and their entourage take up residence. So you move through each layer pay attention to what elements are being brought in. Look at the number behind each of the segments like the 9 strings or why are there 4 triangles for the Shiva and Shakti.

The Bindu represents the location of the highest manifestation of the deity as well as the focal point through which the deity transcends the relative plane, with its form and structure to merge into the formless consciousness. To help visually understand, the Bindu is the centre of the Shri Yantra and the dot is the symbol of AUM – it represents the piercing, breaking or bursting through (Bindu Vedhana) and it is the final stage. This is the very same formless consciousness in which the devotee merges with the highest truth. The Shri Yantra is then fully activated in its Divine nature and reveals the true potential and nature of the devotee in this merging and loving Shri relationship with the Divine as the divine.

Exploring Yantra Dynamics Shri Yantra is an energy mapping machine. It is a blueprint that radiates a specific frequency due to its unique geometric construction. When focusing or meditating on a Shri Yantra, the mind automatically comes into alignment and resonates to the particular energy of the yantra. This sequence of resonance is magnified as one consistently meditates over it. Shri Yantra acts as a reservoir of divine energy. It is a medium through which the invincible energy acts on an individual. This channelled energy possesses an intense power to attract and manifest the desired experiences.

Primitive people began wearing amulets and yantras to protect themselves from an often frightening world. Shri Yantra guarded the user against enemies, animals and provided protection against the evil eye. In our modern societies, our fears, needs and challenges are more sophisticated in nature. In this age, we are tortured by inflation, crime, natural and man-made disasters. There are the ever-expanding inner demons such as anxiety, frustrations and mental illness too, to name but a few. The use of yantra in present-day is therefore much more relevant than ever before.