What is Shri Yantra explained by Shri Anantbodh Chaitanya?

The Sanskrit term Shri yantra originates from “yan” or “yam” meaning “medium” and “tra” meaning “instrument” or “tool”. Here Shri represents wealth and Yantra is an instrument, apparatus or an amulet endowed with protective powers, its ultimate purpose is to unite us with our higher selves.

Shri Yantra holds supreme status among all mystic sciences and disciplines. Tantric gurus have collectively declared Shri yantra as the best medium for manifestation and wish fulfilment.
The Shri Yantra is considered to be the tool for obtaining and fulfilling all worldly desires and material manifestation. The Shri Yantra is a mathematically precise design and based upon Golden Proportion or Phi ratio. Everything that exists in nature, is constructed in the proportionately precise manner and this proportion is called the Golden/Phi ratio. The Shri Yantra means “holy instrument” and can also be known as the Shri Chakra or “holy wheel”. It contains all form of sacred geometry/golden ratio is mathematically precise and can also represent the union of the Divine Masculine and Feminine (The upward triangles meeting the downward triangles).

Shri Yantra has nine triangles that can be interlaced in such a way as to form 43 smaller triangles like a web; this web can be symbolic of the entire cosmos.

Staring at the central dot or ‘Bindu’ of the Shri Yantra is known and proven to create changes within the brain and the stimulation of the Pineal gland by focusing our attention on the ‘3rd eye’ area. The Pineal gland is a small endocrine gland in the brain. It produces melatonin, a serotonin derived hormone, which affects the modulation of sleep patterns in both seasonal and circadian rhythms. It’s the shape resembles a tiny pine cone (hence its name), and it is located in the epithalamus, near the centre of the brain, between the two hemispheres, tucked in a groove where the two halves of the thalamus join.

The typical Shri Yantra with its central point (Bindu) and concentric circles of petals and other geometries are conceived of as a sacred dwelling in which the presiding deity and their entourage take up residence. So you move through each layer pay attention to what elements are being brought in.  Look at the number behind each of the segments like the 9 strings or why are there 4 triangles for the Shiva and Shakti.
The Bindu represents the location of the highest manifestation of the deity as well as the focal point through which the deity transcends the relative plane, with its form and structure to merge into the formless consciousness.  To help visually understand, the Bindu is the centre of the Shri Yantra and the dot is the symbol of AUM – it represents the piercing, breaking or bursting through (Bindu Bhedana) and it is the final stage.  This is the very same formless consciousness in which the devotee merges with the highest truth.  The Shri Yantra is then fully activated in its Divine nature and reveals the true potential and nature of the devotee in this merging and loving Shri relationship with the Divine as the divine.

The Shri Yantra (called the Shri Chakra) is the symbol of Hindu Tantra also, which is based on the Hindu philosophy of Kashmir Shaivism.

The Shri Yantra is the object of devotion in Shri Vidya. The Shri Chakra is also known as the Nava chakra because it can also be seen as having nine levels. "Nine" comes from "Nau or Nava" of Sanskrit. Each level corresponds to a mudra, a yogini, and a specific form of the deity Tripura Sundari along with her mantra. These levels starting from the outside of the bottom layer is:

1.Trailokya Mohana or Bhupara, The earth square of three lines with four portals. This chakra fascinates the worlds. It has a mudra we call Sarva Sankshobhani mudra. Dram is the Beeja mantra of this mudra.

2. Sarva Aasa Paripuraka chakra a sixteen-petal lotus. It fulfils all desires or hopes. There is also a mudra we call Sarva Vidravani mudra. Dreem/Drim is the Beeja mantra of this mudra.

3. Sarva Sankshobahana chakra an eight-petal lotus. It is quite agitating. The mudra name of this chakra Sarvaakrshini mudra. Kleem is the Beeja mantra of this mudra.

4. Sarva Saubhagyadayaka chakra, composed of fourteen small triangles. It confers all good fortunes. It has Sarva Vashankari mudra. Bloom is the Beeja mantra.

5. Sara Arthasadhaka chakra, composed of ten small triangles. It fulfils all expectations. It has Sarvonmalini Mudra. Sah is the Beeja of this mudra.

6. Sarva Rakshakara chakra, composed of ten small triangles. It saves the devotee from all troubles. It has Sarva Mahankusha mudra. Krom is the Beeja mantra of this mudra.

7. Sarva Rogahara chakra, composed of eight small triangles. It removes all diseases. It has Sarva Khechari mudra. Hasakhapharem is the Beeja mantra.

9. Sarva Anandamaya chakra, composed of a point or Bindu. It stands for attainments of Paramount bliss absolute. It has Sarva Yoni mudra. The aim is the Beej mantra. 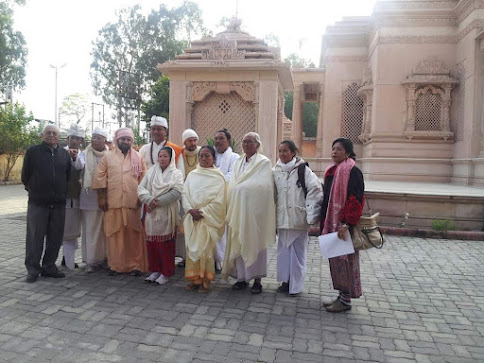